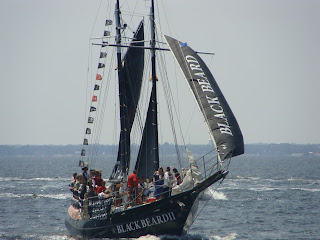 What started out as a water skiing festival way back in 1953 has turned into one of the nation’s longest-running and most popular pirate festivals. Designated as one of the Southeast Tourism Society’s Top 20 Events, the Billy Bowlegs Festival features something for everyone, including a torchlight parade, a treasure hunt, a fireworks extravaganza and more, all in the name of 18th century adventurer and pirate extraordinaire, William Augustus Bowles. 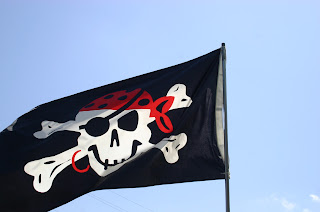 Bring the lads! Thar be fun fer all ages at the Pirate Village!

This family-friendly event takes place at the Fort Walton Beach Landing, which is transformed, for a time, into a festive pirate village complete with all sorts of grub and grog, trinkets and wares. In addition to vendors, there will be children’s activities, contests, live entertainment and more. Come down to the village and see for yourself. 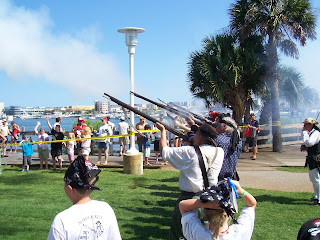 Yar, Cap’n Billy be a comin’. Ye best be prepared!

During the festival, Capt. Billy’s ship is often spotted in the waters surrounding Fort Walton Beach. This sneaky bandit and his Krewe are sure to make landfall in the city and will inevitably try to take over. Mayor Mike Anderson has a few tricks up his sleeve to defend his fair city from these plunderers, but will it be enough, or will the city be forced to surrender to the dastardly buccaneers once again? Head out to the Fort Walton Beach Landing at 4 pm Saturday, June 2nd to find out for yourself! 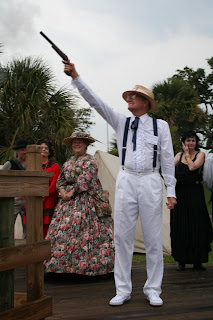 Aye, ‘tis true, this shindig be a little different this time ‘round!

What’s different about the Billy Bowlegs Festival this year? Traditionally, this festival takes place on the first full weekend in June with pirate-themed festivities taking place on Friday and Saturday, and the final event being the Carter and Co. Torchlight Parade scheduled on Monday.This year, the festival will be kicking off a little early with Capt. Billy making his first appearance in the city during the torchlight parade, now scheduled for Thursday, May 31. 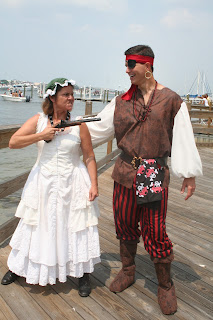 If you’re ready to party like a pirate, you will not want to miss this spirited festival!

For more information about this fun-filled festival and a full schedule of events, visit BillyBowlegsPirateFestival.com.
Posted by Life's A Beach at 9:23 AM